BSTI was hired to assist with a former gas station which has been an open LUST site since the 1980s.  Benzene impacts were present in groundwater and in the Site’s potable well. The client’s scope of work included additional soil and groundwater characterization to be followed by remedial pilot testing and ultimately full-scale remediation. However, BSTIs evaluation of historic and new site characterization data indicated that an adjacent gas station was the probable source of the groundwater impacts. Consequently, BSTI recommended a shift in the scope of work to routine groundwater monitoring along with forensic assessment of on and offsite data to further document the offsite nature of the source. 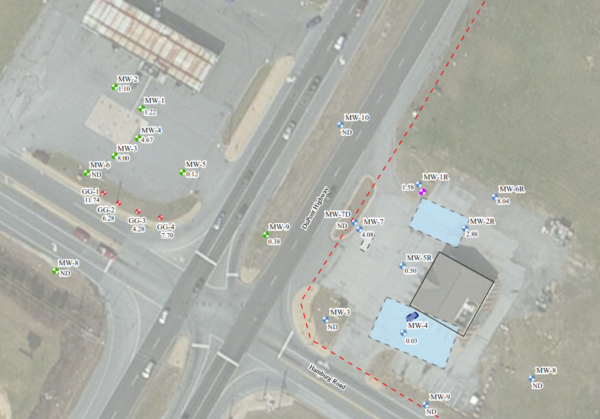 Forensic assessment of groundwater data included fate and transport modeling as well as evaluation of petroleum constituent ratios. The origin of the potable well impacts was evaluated through the use of groundwater dating. Tracer dating of potable water using chlorofluorocarbons (CFCs) and sulfur hexafluoride (SF6) indicated that potable water was a mixture of older water (pre-1945) and water which recharged around 1980.  This eliminated shallow groundwater in the vicinity of the potable well and rapid short circuiting of the potable well casing as a source of the petroleum compounds in the potable well and was further supportive of an offsite source. Monitoring subsequently documented a rapid (time scale of months) decrease in on site benzene concentrations in response to the first round of in-situ remediation conducted at the adjacent gas station.  This confirmed that petroleum impacts in groundwater at the site originated from this off-site source and that no active remediation to our client’s site was required. 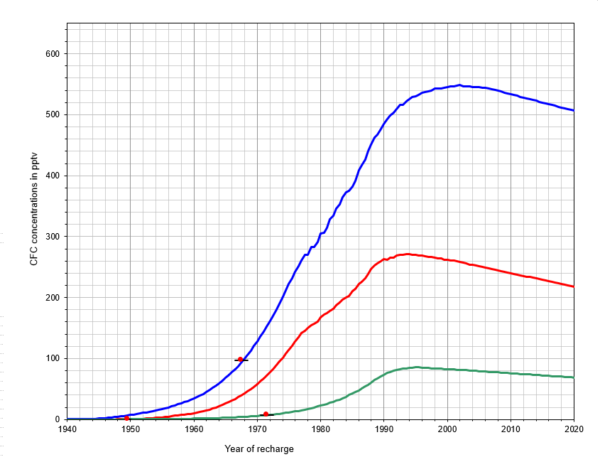 For further information or to talk to BSTI’s Project Manager, contact Tripp Fischer at tfischer@bstiweb.com.